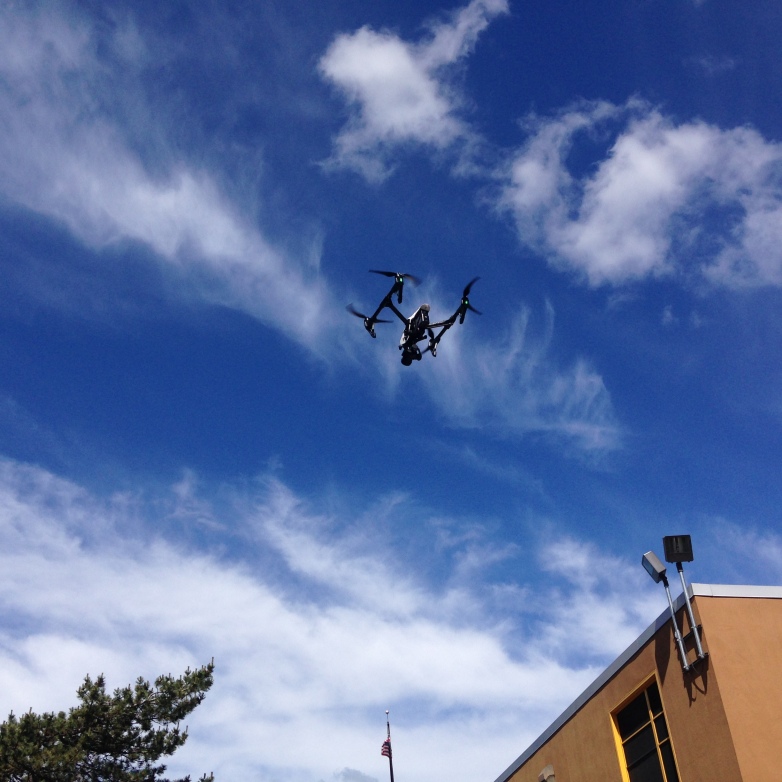 I can put four notches in my belt after this one. A mark for each charter school location where the crew captured interviews, class room sequences, arial footage, b-roll and time lapses. These guys are like working with the A-Team. Everyone rolls in with their specific skill set, and in the words of the week, the team “dominates” the job. In the photos above, George of Stearns Media is piloting, and Jon Brysh is operating the drone’s camera.

The time lapses were shot using Canon 5d3s with slower shutter speeds for blurry motion effects. We also captured some clever hyper lapses using a camera on a dolly roaming the school hallways. But the real treat for me was working a bit with the Sony’s. Alex Sandman of Sandman Films lead the charge as DP, and I enjoyed picking his brain about the camera of choice for this shoot. From what I saw in the LCD’s and via the LUT previews, the camera lives up to it’s reputation for creating dazzling images. In the right hands, of course.